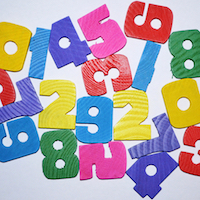 Can you see what’s wrong with this sentence?

The amount of people who came were amazing.

In fact, there are three problems: two outright errors and one point that’s open to debate.

The first problem is with the word amount.

When we use amount we refer to a quantity that’s undefined, even thought it can be described (large, small, unusual etc.) and we don’t usually consider its individual parts – if it has them.

We can’t talk about an amount of people, or of pencils, videos, or elephants. These words are ‘countables’. For things that can be ‘counted’ or considered individually, we use a number of…

We don’t need to know the exact number, but bills, grains and supporters are countable.

Now back to the example.

The amount of people who came were amazing.

In this case, amount is incorrect. The sentence should begin, of course, with:
The number of people ….

That’s the first problem fixed. But what about the second?

The people aren’t amazing – well, they might be, but that’s not what the sentence says.

Now for the third problem…

What is open for debate is whether to use who or that.

This is where it gets tricky and many people start to glaze over. That’s OK. That’s what editors are for.

For those who are still reading…

Should it be who or that? Either word is usually OK to use when referring to people, and there are different opinions about which is better. For ‘things’, it’s that (or which, but that’s a story for another day)

In this case, I believe there’s a slightly better argument for saying:
The number of people that came was amazing

The reason for the choice gets a bit tricky.

The word amazing is the key. The number that came is the most important idea in the sentence, and the reason for the amazement.

If we reduce the sentence to its basics, and still retain the main point, we would say:
The number that came was amazing

The extra words, of people, just give us more information, and are almost redundant.

Some might choose to us the word who:
The number of people who came was amazing

Even though the number is still amazing, this example puts the emphasis on the people  who came, as opposed to those who stayed away.

And, surprise, surprise, I wouldn’t argue. A wider context might lead me to choose this option instead.

In reality, there’s a very fine distinction between the two.

The point of editing and correcting language, is always to analyse intended meaning, and  consider sentences in their full context.